One thing modern bands cannot replicate is the finesse and prowess of old school guitar solos. If you’d ask me, I’d say advanced guitarists settle for less, and while their music is indeed still good, it’s just not what made the old times so memorable. Let’s have a throwback to some older songs that bring us amazing memories, both of the times we listened to them, the places, and the people we were together with.

A memorable solo is almost like an extension of the song’s theme, meant to sink into your mind and celebrate the performance. A good solo makes for an excellent musical experience, and we all had that one solo we heard at some point that just made us tilt our head back and enjoy the moment.

Before I start the list off, I’d like to say musical tastes are different from person to person, but in general, all greatest guitar solos lists I compared to my own were similar to mine. This goes to show how the music of the previous century brought people together in appreciation, take note of this, younger readers. 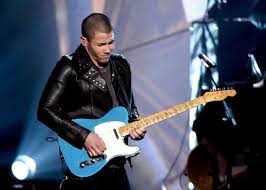 Without any further fluff, let’s begin!

To begin with, I’d like to talk a bit about Eruption, a remarkable solo, and one many consider the best.

It’s from an instrumental 1978 album by Eddie Van Halen, and remarkably, it almost got cut out during production. The members did like it initially, but a part of it had mistakes that Eddie disliked, and wanted to scrap it altogether. His perfectionism almost stole this solo from us, but in the end, it did get released to the massive appraisal of the rock community.

It features insane tapping, bar dips, harmonics, all performed with various techniques to form this unique guitar solo. If you listen to it for the first time, you’ll without a doubt feel like it’s unusual. Like it’s not a guitarist performing it, but an orchestra. 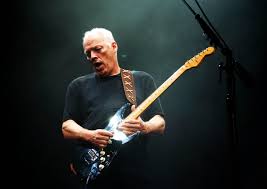 This legendary solo is one you might enjoy from 2 different perspectives. That’s because two legends worked on it, Bob Dylan and Jimi Hendrix. These two versions couldn’t be further from each other. The song was originally written by Bob Dylan in 1967 and released the following year as a single. Before it was released as a single Jimi picked it up to make a cover, releasing it two months prior.

The song itself is slow and ballad-like, and the instrumental features harmonica as a crucial driving instrument. Now, as for the guitar and drum parts, they are present as pure background music. It was Bob Dylan’s voice that made the song stand out.

When Hendrix picked it up, he completely reorganized it, replacing the harmonica with an electric guitar. The slow song became a hard rock experience with incredible techniques, and Jimi introduced his psychedelic elements. The tempo was sped up, and the song itself was sung with a different tone.

Freebird was one of the first songs written by the band. As typical in this list, at first, they didn’t think much of it, but quickly realized the potential after replaying it over and over. Soon, they started playing the song from time to time in clubs, and it got viral, prompting them to create and release a new studio version for their debut album.

The final song was 9 minutes long and felt unusual, and they even had trouble getting the record company to publish it. Though, once they managed to release it, it gained such intense popularity that it was left as is.

The solo it itself sounds like a competition in guitar playing, over three chords. The half up-tempo of the guitar would soon become the guitarists signature style.

Comfortably numb is a 1977 song by the legendary Pink Floyd. The song starts slowly, creating a trance effect. Once the vocals start you get even more lethargic, and the synthesizers pitch in to create an even more wavey atmosphere. Vocals and the chorus follow, for the next 2 minutes, but as they start fading the guitar takes the lead role, sobering up the listeners.

The 3-minute solo ensues, hitting like a truck with guitar mastery and brilliance as the melody takes a rollercoaster ride through highs and lows. The solo leaves little room to catch your breath.

What else were you expecting as the number one pick? The legendary solo by Jimmy Page voted as the best guitar solo in all of human history. Attempted by many, and outdone by none, this is probably the most memorable guitar piece of the 70s. Voted as number 1 by various critics, other bands, listeners and musical readers, featured in basically every collection imaginable, there is little need to tap Jimmy on the shoulder at this point.

To end this spot, and the whole list off, I’d like to share with you a few famous remarks from the man himself. Jimmy downplayed this solo on numerous occasions, saying how it definitely is good, but it’s not his best by any means.

According to Led Zeppelin, the whole song was produced rather quickly, and with much more inferior technology to the one we have now, setting an even crazier benchmark for the next 50+ years. Page closed off saying that if everyone thinks his solo is the best one out there, that’s cool, but there are others he prefers, paying homage to his contemporaries.

Hopefully, this list was an enjoyable one for you and introduced you to new fantastic music.